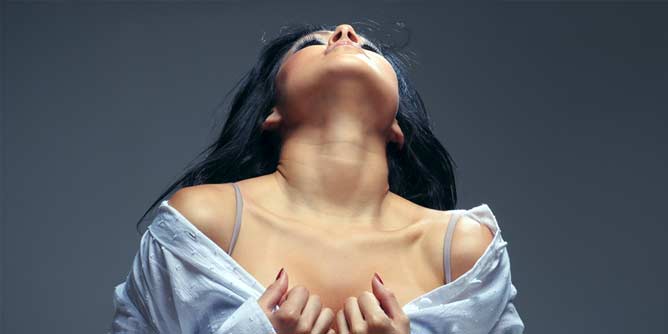 Orgasms. How bloody good are they?! We spend a lot of time here at AMM talking about orgasms, because we love them so much. We’ve looked at the health benefits of them and the best ways to achieve them through different sex positions, and we’ve even talked about faking them and how to best give them to other people… Seriously, you’d think we’d run out of things to learn about them… But nope! In recent research our sexpert found out a few new things about them and we decided to share them with you, because sharing is caring, and one of the best things to share is an orgasm!

1. Exercise Can Make You Come

Now I’m not talking about the health benefits of getting fit, or working your pelvic floor. Yes being fit and healthy can have super positive effects on all areas of your life including both your mental health and sex life, and working the pelvic floor can do all sorts of amazing things for your orgasms… But no… I am talking about what is referred to as a core-gasm (or sometime a Yoga-asm).

A core-gasm is an orgasm that is achieved through, and while you’re doing, exercise. In a recent study around 10% of Americans claimed they had orgasms while working out, and even Kinsey reported that while writing “Sexual Behaviour and the Human Female” in 1953 around 5% of the women he spoke to mentioned orgasms through exercise.

According to Debby Herbenick who published “The Coregasm Workout” in 2015, both men and women are able to achieve this and it is something you can learn how to do!

Not sure how appropriate it might be to work it out at your local gym… But I’m willing to try anything that’ll make my morning workouts more fun!

This one surprised me quite a lot, which is probably more an insight into my own social conditioning than anything else, but did you know that according to a 2011 study of women over 40 in the American Journal of Medicine the most sexually satisfied demographic is women in their 80s.

While many of them did concede sex was definitely different and often harder to prepare for, in terms of body readiness (self lubrication) and health limitations (mobility issues etc), the actual sex and resulting orgasms they were having was far more satisfying than that of the younger women interviewed. The main reasons given were body confidence, longevity of relationships, and an overall self awareness of their own likes and dislikes and that of their partner’s.

As a very sexually satisfied 40 year old I can tell you I am not as worried about old age as I was before I read this study… In fact, I’m almost excited!

I’ve talked a lot about how sex can be quite funny, and one of the funny things about it is the faces we make. You know, that weird, contorted face that looks like our toes are being twisted off by a rusty corkscrew… Well there’s actually a scientific explanation for that, and it’s pretty much exactly what it looks like… Pain.

You see, as the song says, there’s a fine line between pleasure and pain and that line is in the parts of your brain that processes these feelings… And they’re all in the same place (for the science nerds these areas are called the cingulate cortex and the insular cortex). It’s a rather interesting contradiction because while those sensors in your brain are lighting up and causing your face and your body to contort like they are in pain, the actual pain receptacles are inhibited and numbed slightly which is why things like hair pulling and slapping and all the “fun pain” things people can enjoy during sex feel so good and not as painful as they would if you weren't in that state of mind.

So there you have it… Some new and interesting facts about the orgasm to take away and amaze your friends with! You never know, they may end up the questions at your weekend pub trivia night!