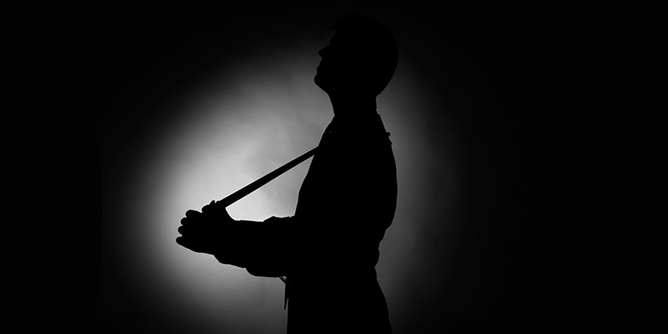 Last week David Bowie died. In 1969 his character Ziggy, was a bisexual alien, changing the public image of bisexuality forever. He brought bisexuality out into the open, making it seem cool and glamorous. Unfortunately, just because Mr Bowie identified as bisexual, he didn’t make it mainstream, and for years, those who identify as bisexual have had to contend with derision and misplaced envy all rolled into one.

"It's true, I'm bisexual. I suppose it's the
best thing that ever happened to me." ~ David Bowie

I once had a boyfriend who didn’t tell me he was bisexual until we were months into our relationship and even then he first only admitted to having sex with one man, then over a few more weeks and a few more glasses of wine he admitted it was a number of men. My first response, despite having had sex with this man on numerous occasions and having met his ex-girlfriend, was to assume he was gay. Mind you we had also had an argument about which musical was better, Wicked or Les Miserables, so I wasn’t basing it only on the sex with men thing. However, he wasn’t gay. He was bisexual and learning to accept that and deal with that was really difficult for me. Having conversations with my boyfriend about which men we found attractive was fun but a bit weird. I had an easier time accepting that my female friends were truly bisexual than accepting that my own boyfriend was. I was always questioning whether he was in fact gay. My gay friends were positive he was gay, not bisexual.

The old joke about bisexuals are just doubling their chances of sex on a Saturday night shows that we are all a bit confused about how exactly being bisexual works. And to be honest having spent a week reading all the latest research about bisexuality I am still as confused as when I started. It seems to me that there is not one type of bisexuality and not one way to be bisexual. Hence when why there are more bisexuals on AMM than in the general population as our "Under the Covers" survey would indicate, 25% as opposed to the expected 2% I have trouble answering that in a simple scientific manner.

There are more people who identify as bisexuals in general than there were 15 years ago. That is also true of a number of sexual orientations and sexual interests. But the way bisexuals are classified is still not clearly defined and so the numbers keep changing depending on which study you read. And yes, there are numerous studies that show that most heterosexual women react physiologically to both sexualised photo of both males and females, but this just shows innate sexual fluidity not a bisexual orientation.

Maybe the problem is, as always, that the labels we use are too categorical and not nuanced enough. Many people who identify as straight have had same sex experiences. That doesn’t make them bisexual. Many gay and lesbian identifying people have had sex with members of the opposite sex and that doesn’t make them bisexual either. And straight men who loved to be fucked by pre op transsexual women… still straight.

It would be lovely to do away with labels altogether but it isn’t that easy, especially as some of those labels have been fought for. Bisexuals have a right to be recognised as legitimate orientation and for the rest of us to believe that that is what they are. They should not be dismissed as women who are just being adventurous in their university years or men who haven’t come out as gay yet. Bisexuality is a real and fixed orientation and there is plenty of research to back this up. However, there is also an element of sexual fluidity in the world as well which can confuse the issue for those of us who like to put people in boxes and keep them there.

Bisexuals often have it harder than gays or straights because both communities tend to distrust them or write them off as not having decided yet. Instead we should be validating their sexual orientation as real and fixed (the research on bisexual men and women shows this to be the case). My theory about why the AMM community has more bisexuals than the general population is because this community is open and sexually progressive. Here, people can be honest.

We should cherish the freedom to explore our sexuality until we work out who we are and what we want and being okay with the fact that what we enjoy sexually one point in our lives may be very different to what we enjoy at another point, especially if we are lucky enough to feel free to play and explore with open minded, generous lovers.

A natural progression from delving into other people's problems for entertainment as YouTube sexpert “Ask Mistress M” led Emma to wanting to do it professionally, so she completed a Bachelor of Psychology (Hons). She wants everyone to have positive attitudes and experiences towards sex and sexuality. Read More