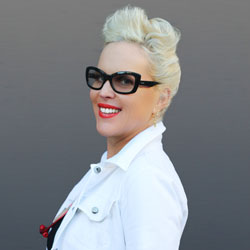 It's official, the results of our first sex study are in and we're going to tell you what we know about your sexual habits and the kinds of sex you like to have. We are fairly certain that if you are reading this that you are a sexually confident and adventurous person who knows what they want and from our survey results we also know that sexually active Australians are a particularly sexy bunch keen to try a range of things.

Over 7,600 people took part in the survey you're reading about here. That's enough information about enough people for us to draw some conclusions. One of the major findings is that we may not all be as straight or as sexually conservative as we think we are. Women in particular seem to be up to some interesting things.

Okay so let's look at sexuality first. We know from the 2011 census data and a couple of large-scale Australian population studies that the population of gay and lesbian people is likely to be around two percent and the bisexual population is about the same. Our results are spot on for the gay and lesbian statistics but we've blown the bisexual statistics out of the water. Overall 25% of people who answered the survey identified as bisexual. On top of this another five per cent said they were unsure about their sexual orientation. There is also a gender difference, women (36%) are more likely than men (22%) to say they are bisexual.

Have attitudes changed so much since those other surveys (in 2002 & 2008) or is it just that when we compare the sexually active and adventurous people with the general population we get a sexy population sample? I suspect it's the later.

Australians have an impressive bucket list of sexual fantasies!

One of our major findings is that we are getting more adventurous which may be good news for heterosexual men but there may be some bad news too. When it comes to meeting new sexual partners there may be more competition than ever before. Women are more likely than men to identify as bi-sexual and heterosexual women are 50% more likely than men to fantasize about women and also 50% more likely to act on their fantasies. So that's cutting the odds quite a bit. But don't despair guys, it looks like threesomes are on the cards: consider this. Seventy per cent of our sample said they were either straight, lesbian or gay at the moment, so if that's the case then why is it when we asked “who you would like to have sex with outside of your primary relationship”, only half of you of you said one woman or one man? Here's why:

Now to a final note about the pleasures of strap-on sex.

I just want to say that research is supposed to help us think about things differently. So here's something for us all to think on. According to the research approximately 30% of both women and men have fantasies about strap on sex. What's so great about strap on sex? The short answer is; there are all sorts of spots in the anus and vagina that don't get the attention they might during sex, or perhaps they do get attention but not at the same time, the prostate gland and the penis come to mind.

More on different types of sex and other sexy stuff later but for the moment I think we can safely say on the basis of our first piece of research, we are in a period of sexual exploration and things are just getting sexier.

Looking for more information? Check out the infographic we've created showcasing our findings.

UPDATE: We've just released Part II of our findings and you can read all about it in this article.

Sydney sexologist Dr Michelle Mars has a reputation as an outspoken sexologist. She believes we need to be more light-hearted and pleasure focused in our sexual thinking. Currently sex is viewed as a little bit dangerous and society tends to focus on not very sexy things like sexualised appearance, morality, disease, violence and dysfunction. Read More

Read Next Article
Sign into post your comment!
Copyright © 2020 Dr Michelle Mars It is illegal to use any or all of this article without the expressed, written permission from Adult Match Maker and the author. If you wish to use it you must publish the article in its entirety and include the original author, plus links, so that it is clear where the content originated. Failure to do so will result in legal action being taken.